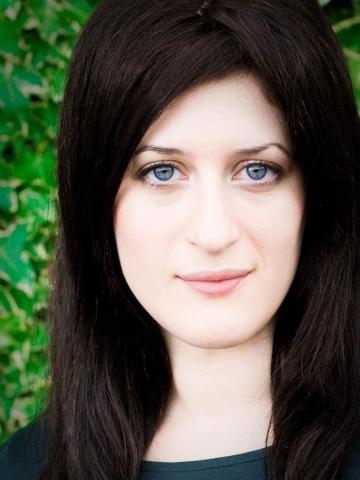 Clara once chose to visit a cat cafe instead of going to the Great Wall of China.

Clara studied S.P.S. at Clare College, Cambridge, and went on to learn with Dennis O’Neill at the Wales International Academy of Voice. Clara began her Postgraduate studies in 2014 at the Guildhall School of Music and Drama, where she studies with Marilyn Rees. Her operatic roles include Dame Carruthers (The Yeomen of the Guard), Junon (Actéon), Pitti-Sing (The Mikado), Sorceress (Dido and Aeneas), Third Lady (The Magic Flute), Zita (Gianni Schicchi), and La Zelatrice (Suor Angelica). She was a soloist in the world premiere of Stockhausen’sMittwoch aus Licht for Birmingham Opera Company, and has performed roles at Buxton Opera House and London’s Grimeborn Festival.

Clara appears regularly in concert and oratorio. Highlights include Vivaldi’s Gloria at the Purcell Room, Haydn’sNelson Mass at St Martin-in-the-Fields with the Brandenburg Sinfonia, and Bach’s St John Passion at London’s Union Chapel. She has featured as a soloist for the Armonico Consort and in broadcast for BBC World Service Radio. In 2014 she joined the Lucerne Festival Academy Chorus under Sir Simon Rattle to perform Berio’s Coro, and sang the piece again in September for Grete Pedersen and the Norwegian Soloists Choir.

Clara joined the World Youth Choir in 2008, singing with them at the Paralympic Games opening ceremony in Hong Kong, and later at the 2011 Nobel Peace Prize ceremony. As an ensemble singer, she has toured with Bobby Mcferrin and the Chamber Choir of Europe, and performed at London’s Royal Festival Hall, Barbican Hall, Royal Albert Hall, and Buckingham Palace.