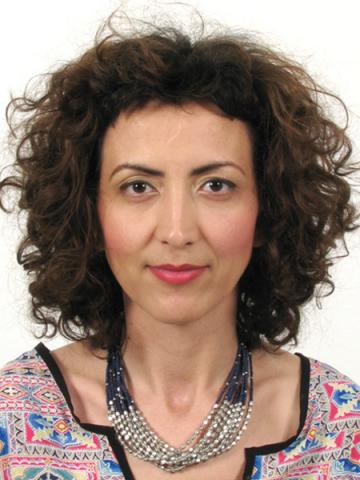 Smiling a lot can never be wrong! That's why I'm always right!

Ivana, born on 13th July 1986 in Virovitica, Croatia, started learning to play the piano at the age of nine but started singing at the age of fifteen when her talent was discovered by her elementary music school teacher. At the same time, she joined vocal group called VOX and started singing on a regular basis.

At nineteen she moved to Zagreb, Croatia’s capital, and attended Faculty of Business Economy in Zagreb where she graduated with a degree in Marketing. While studying Economy, at the age of 21 she started singing in extraordinary Academic Choir Ivan Goran Kovačić where she was introduced to basis of vocal technique. Due to the enthusiasm she always gained, Ivana took part in the international audition process for the summer session of the World Youth Choir and eventually was invited to participate session in Belgium and tour in the Netherlands, Belgium, Germany and France.

In 2008 she met her vocal teacher Mirela Brnetić and started vocal education in Studio Bacchabundus. Then in 2011 she participated international choir World Voices in Prague, the Czech Republic, as well as in 2014, and in July 2012 was invited to Time Ensemble touring Malaysia and Singapore.

While singing backing vocals in Nina Romić band, Ivana came into her songwriting own in 2012, penning many songs for her first band, Auguste. She has released three singles with Auguste that have reached TOP 40 national chart list and now is recording her debut album.