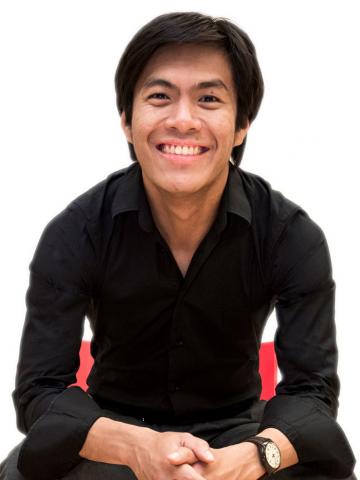 Would like to own a funky ice-cream bar on a tropical island paradise if this singing-conducting malarkey falls flat!

Chi Hoe enjoys a busy career as an award-winning singer and choral conductor. A prize winner and laureate of several competitions, he was the first Malaysian singer to sing in the World Youth Choir and Asian Youth Choir from 1998-2005, where he toured the world singing under many eminent conductors. Solo engagements have since taken him to China, France, Germany, Indonesia, Malaysia, Singapore, Spain and throughout the UK, working with ensembles and companies as the English Chamber Orchestra, Orchestra of the Age of Enlightenment, Royal Ballet Sinfonia, Ex Cathedra, Singapore Lyric Opera and the Malaysian Philharmonic Orchestra amongst others.

In 2010 a prestigious conducting fellowship with the London Symphony Chorus launched his conducting career in the UK and was subsequently appointed Resident Chorus Master at Birmingham Conservatoire from 2009 - 2012 and made his festival debut in 2011 as Chorus Master for the Lichfield Festival Chorus where his work received much praise. He was also Chorus Master for Birmingham City University Chorus and Chorus Mentor for the internationally acclaimed Birmingham Opera Company.

Chi Hoe graduated from the Birmingham Conservatoire in the UK with Master of Music degrees in Voice and Choral Conducting, both with Distinctions. He was one of Birmingham’s ‘New Generation Artists’ in 2008 and won all the major conducting prizes including the 2009 and 2010 Michael Beech Conducting Awards and the Principal’s Prize in his final year.

He is a member of the International Federation for Choral Music (IFCM) and the Malaysian Choral Federation.