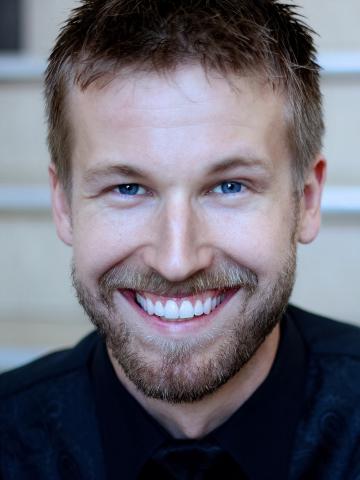 Nathan is a scrawny, blonde Canadian who enjoys eating (going?) nuts whilst bicycling in the mountains.

A versatile soloist and ensemble singer, Nathan splits his time between solo engagements, opera, project-based ensemble work, and bicycling. His musical formation includes a Bachelor's degree in Trumpet from the University of Victoria, Canada, and several years of vocal study with soprano, Nancy Argenta.

Choral music is what led Nathan, ultimately, to study singing. His first session with the World Youth Choir was in 2009, and since then he has performed with a wide array of ensembles on four continents. Some of the notable groups include: the Carnegie Hall Chamber Choir (in a project with the Tallis Scholars, New York, NY); Luminous Voices (Calgary, Canada); JSB Ensemble (Stuttgart, Germany); Purcell Choir (Budapest, Hungary); and Raincoast Voices (Victoria, Canada).

Nathan's operatic credits include the role of Dandini in La Cenerentola, Don Alfonso in Così fan tutte, Marcello in La Bohème, and Marco in Gianni Schicchi. Nathan made his Mainstage operatic debut in 2016 singing the role of Fiorello in Rossini's Il Barbiere di Siviglia with Pacific Opera Victoria, Canada. Nathan has presented solo recitals in Canada and the United States, and is a regular oratorio soloist with orchestras and choirs in Western Canada.