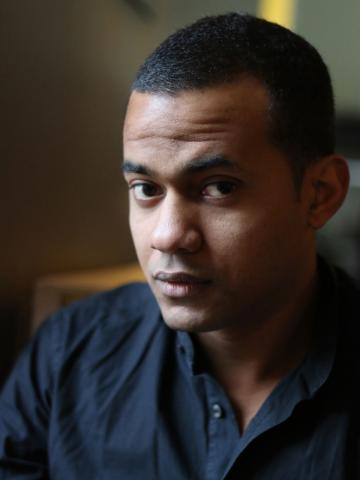 Paul is an expert at missing flights, losing his bike(s) or its keys, or both.

Paul is the founder and former director of Proyecto Coral Curiepe and worked as music teacher and conductor at Schola Cantorum de Venezuela’s children choirs program (Construir Cantando – Pequeños Cantores) between 2006 and 2013.

Paul is currently part of the team of musicians of the Cantania project, at BOZAR, Palais des Beaux-Arts Bruxelles, and he is frequently invited by  the Federation A Coeur Joie (Belgium) to lead ateliers on Latin American choir music. In the past, he has also led ateliers of such kind in Bolivia, New Zealand, Malaysia and Venezuela.

Born in Caracas, in 1986, he grew up in Curiepe, a village on the north coast of Venezuela. Paul Sojo is currently studying Choir Conducting at Lemmensinstituut in Leuven, Belgium.