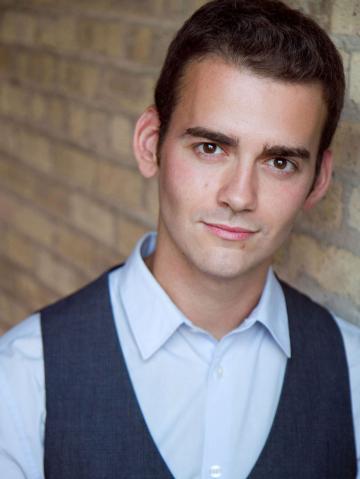 Nate will play frisbee with anyone, anywhere, anytime. This can often get him into trouble.

Equally well-versed in classical and jazz styles, Nathaniel Adams is a New York based tenor, pianist, and composer. Originally from Chicago, he studied jazz and composition at Western Michigan University, which led into a career of contemporary a cappella singing, performing regularly with internationally touring ensembles such as The Cat's Pajamas Vocal Band, Ball in the House, and Home Free Vocal Band. After several years and hundreds of shows on cruise ships and venues around the world, New York became his home base in 2014, where he concentrated on choral singing and composition. He now sings regularly with The Saint Thomas Choir of Men and Boys, Early Music New York, Ekmeles vocal ensemble, and the Manhattan Chorale.

In addition to his active performance career, he is an accomplished choral composer, with performances of his works in Canada, Colombia, Indonesia, Sweden, Switzerland, and Venezuela. Commissioning ensembles include the World Youth Choir, the St. Charles Singers, and Cantamus of Iowa State University, among others.